A life lived without passion is a life half lived

Archive for the tag “women over 50”

The Argentine Art of Exaggeration and Land Mines! 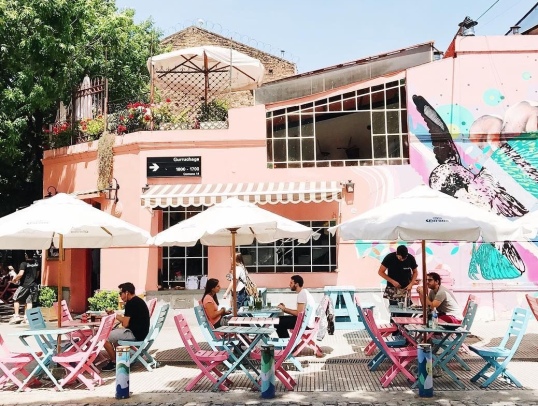 My first few days of pounding the pavements of Buenos Aires were fraught with peril. The mean streets of BA, as the residents like to think of their city, definitely hold many dangers for the unsuspecting traveller, but not all are what you might imagine. Yes there is crime and all the usual suspects; pick pockets, bag snatchers and worse. However, in spite of all the poverty and human woe it is surprisingly safe. What I like to term the “Agentinean art of exaggeration” without a doubt can take some responsibility for this belief by the city dwellers. If it wasn’t safe the Argentinean habit of going for dinner after 10.00 pm would have been extinct along time ago.

The volume of people moving around the streets of the capital late at night proves that this aspect of their culture is alive and well. One of the most endearing aspects of Buenos Aires, the abundant small cafes and restaurants, with their outdoor seating and twinkling lights, would likewise have closed their doors for good. The public transport buses run for 24 hours a day and while their regularity is questionable in the early morning hours, they do eventually turn up, so you can get home. 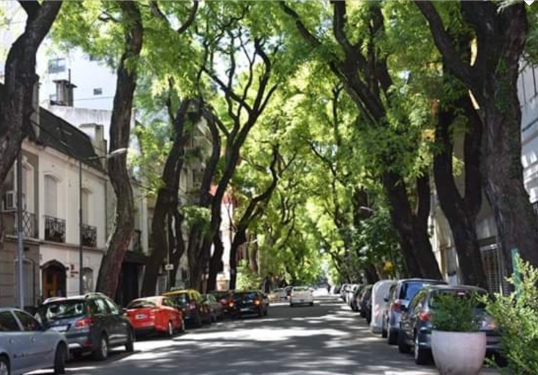 Which brings me back to my early days in BA and my steps laden with perilous pitfalls. The culprit; Buenos Aires shocking (truly this is not an exaggeration) footpaths. Consisting essentially of large tiles that often spurt water up your legs when the slightest pressure is exerted on them, made me feel like I was picking my way through a field of land mines. These are not the only land mines pedestrians have to navigate. Those left by the canine inhabitants are everywhere, as well as their pee. So when the tiles spurt water after the rain, it’s not just water that you get hit by. Then there is the holes. The only thing I will say about them is if you have ever seen photos of bombed roadways, pock marked by mortar shells in a war zone, then you have seen many of BA’s footpaths. 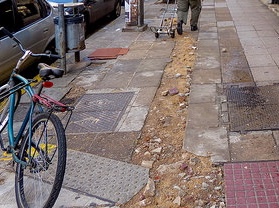 Those early weeks spent wandering the city resulted in many evenings of pain because of the twisting torture my ankles and knees experienced. Then I noticed something remarkable, I leant to walk like an Argentine and this is a very particular skill. Buenos Aireans  through necessity walk great distances to and from public transport, to work, to their homes and anywhere else in the city they need to go. All this walking as I have already explain could be very dangerous for your health without this skill. How do you walk like an Argentine you may ask? Simple, you never fully plant your foot down completely when you take a step, being ready to quickly glide over a tile that shows signs of movement. At the same time your vision is both directed to the distance and directly in front of your path. In this way you are also able to avoid falling into bomb craters. 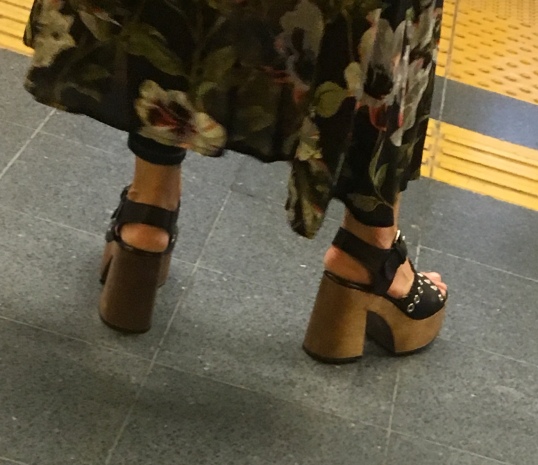 You would be right in thinking that the poor condition of the footpaths really limits the type of footwear the women of BA can safely wear and you wouldn’t be wrong. There are more joggers worn here than I have ever seen in my life. Having said that, we all know however, that women have a particular love for shoes and to deprive the female members of Buenos Aires citizenry of heels would be a crime. 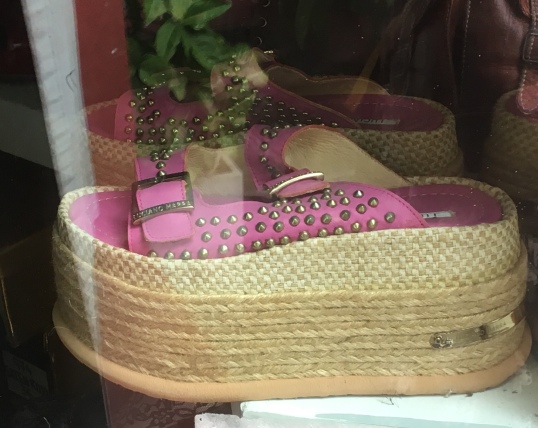 Now let me introduce you to Frankenboots. This particularly unique Porteno fashion statement answers a need by utilising my old friend, the Buenos Airean “art of exaggeration”. These oversized platforms keep women raised above the the splashing water, while the soft rubbery sole minimises the impact of any smaller holes  they may miss. The sky is the limit with these platforms, just when you think you’ve seen the highest or most outlandish example you notice a version that boggles your mind. 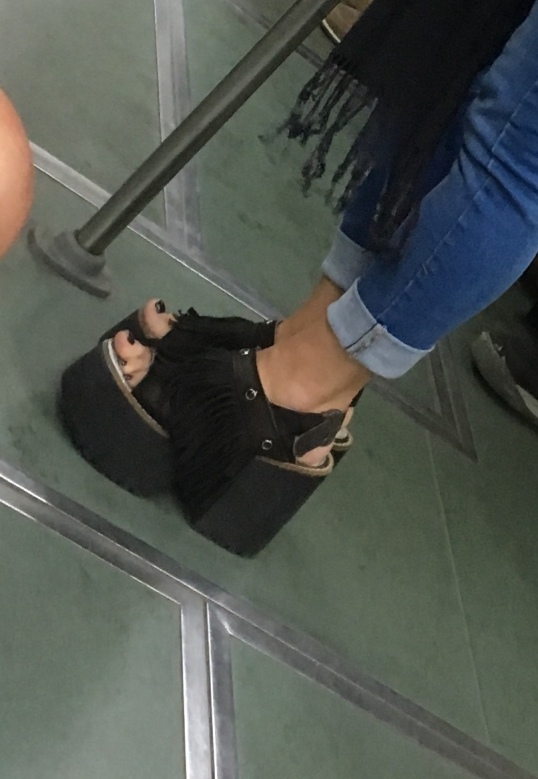 So while I walk the streets in my low open sandals, squealing inside everytime a splash of putrid water touches my skin, my Buenos Arian sisters glide around their city. 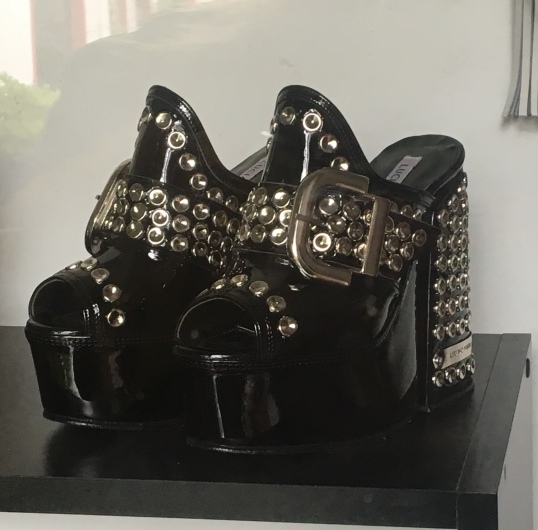